‘Politicising the Past: The Russo-Ukrainian War of Words’ was presented at the 44th International Systemic Functional Linguistics Congress on 11th of July 2017 with the theme ‘Transforming Contexts’. 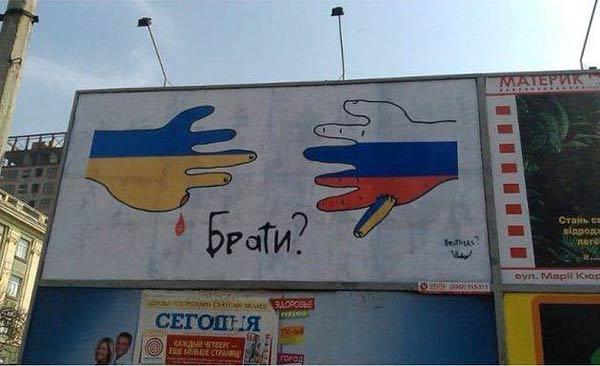 When countries go to war, it is not only the soldiers who are warring. Politicians, journalists and everyday people take part in warring discourses. In times of war, conversations about the past are reignited in new contexts, and used to fight a war of words. The current conflict between Russia and Ukraine is no exception; comparisons are frequently drawn between the current conflict, which commenced with the overthrow of Ukrainian President Viktor Yanukovych in 2014, and the Holodomor, the Great Ukrainian Famine of 1932-33. This study is concerned with lexical and grammatical representations of competing ideologies of the past, realised in texts concerning the Holodomor and the conflict between Russia and Ukraine. These competing ideologies are complex, with social psychologist Karina Korostelina (2014) arguing that there are no less than five ideological divisions concerning national history inside Ukraine alone. In order to trace some of these ideologies, this study examines uses of the lexical item ‘Holodomor’ since the beginning of the recent conflict between Russia and Ukraine, along with its relation to other related signs. Using the system of Appraisal (Martin & White 2005), my aim is to draw out attitudes towards the ‘Holodomor’ in light of the current Russo-Ukrainian conflict across different registers, including social media, journalism and political speeches. These texts participate in the construction and maintenance of ideologies and ultimately illustrate how each side depicts themselves and the ‘other’ while waging war through text.